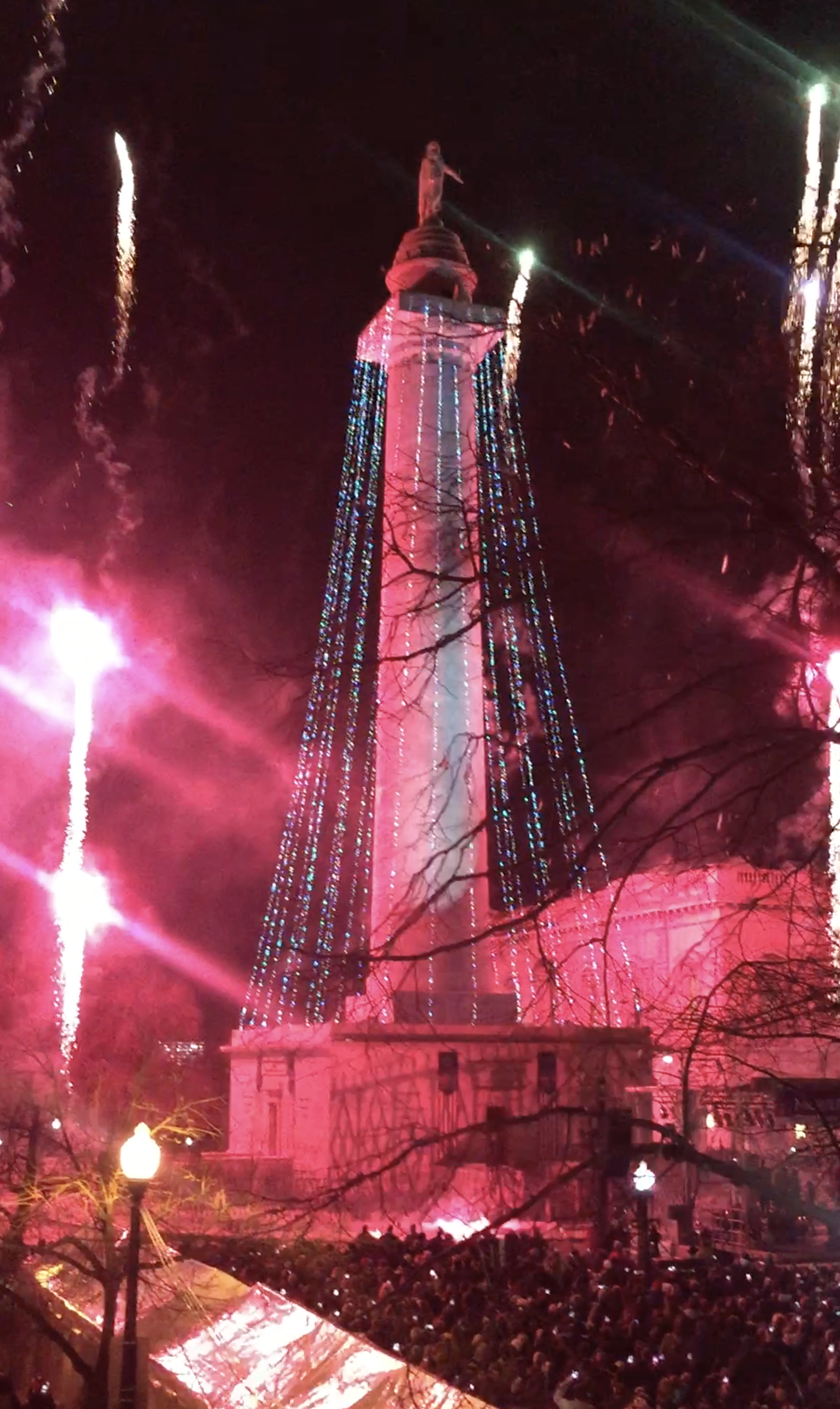 Join us in the festive holiday tradition of lighting the Washington Monument.

This popular Tradition Attracts Thousands, Kicks Off Holiday Season in Baltimore Region with Fireworks, Live Performances
The Annual Downtown Partnership Monument Lighting falls on the first Thursday of December every year. The Monument Lighting features local entertainers, food, holiday activities, and a spectacular fireworks display.
A holiday village featuring food vendors, a beer garden for adults, and a special Kids Corner take place in the parks that surround the historic monument, the nation’s first honoring George Washington.
What began as a quiet gathering of neighbors more than four decades ago has grown steadily over the years to become one of the metropolitan region’s favorite holiday events. In 2015, more than seven thousand people attended the event while tens of thousands more watched the event on television.
The Monument is lit by be more than 16,000 Light Emitting Diodes, or LEDs. Each single strand contains 200 LEDs and uses only 12 watts of electricity. By comparison, the 1,200 incandescent bulbs were previously used typically consumed 40 watts each, or about 48,000 watts total.
Event Entrance:
Because of road closures and the fireworks safety zone, the public is encouraged to enter Mt. Vernon’s West Park from Cathedral Street, not from the Charles Street area closest to the Monument itself. After 7pm, the only way to enter the event is on Cathedral Street.
Public Contact:
For more information, visit GoDowntownBaltimore.com
or call 410-244-1030